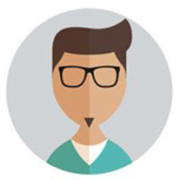 Tooth brushing is the main method and means of dental care. In order to have white and healthy teeth, people should brush their teeth every day. Improper brushing can cause damage to the teeth, such as tooth wear and gingival recession.

Brushing and toothpaste can remove foreign bodies and odors in the oral cavity, reduce bacteria and their nutrients, and prevent caries and periodontal disease; brushing and massaging the gums can promote blood circulation, enhance the degree of keratinization of gingival epithelial tissue, and improve the gingival disease resistance of the tissue.

How to brush your teeth:

Time to brush your teeth:

After getting up in the morning and before going to bed at night, you should brush your teeth for 2-3 minutes each time, and insist on gargling after meals. In particular, you must brush your teeth every night before going to bed to remove the food residues and dirt accumulated on the teeth that day. Otherwise, in the sleep state at night, the bacteria in the oral cavity will use the food debris in the teeth to produce acid after metabolism, which will lead to prolonged exposure. Occurrence of dental caries and periodontal disease.

The principles of brushing your teeth:

1）Partition brush. The teeth of the whole mouth can be divided into two parts: maxillary teeth and mandibular teeth. The upper and lower parts can be further divided into left and right sides respectively. Each side can be subdivided into the front, middle and rear areas. Each area includes 2-3 teeth, and after cleaning one area, brush another area.

2）Brush sequentially. It is necessary to brush through each community in a certain order to avoid omissions. As for the arrangement of the order, it can be determined according to each person’s habits.

The brush head is small and can be rotated flexibly in the mouth.

The top of the bristles is rounded (a bristle toothbrush), which is not easy to damage the teeth and gums when brushing.

Those with obvious gingival recession and obvious interdental exposure should use an interdental brush.