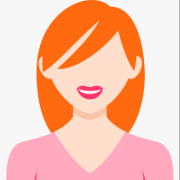 Let’s talk about gingival hyperplasia, when your gums are covering your teeth.

What is gingival hyperplasia?

It is an overgrowth of gum tissue around the teeth. There are a bunch of different reasons this overgrowth may happen. But the two most common reasons are poor oral hygiene or taking certain medications. When the gums are bulbous and puffy, not only do they have a not-so-pleasant appearance but they can also be painful. It can actually increase your risk of gum disease and cavities. Because when your gums are covering your teeth it’s not easy to properly brush them.

If you have a gummy smile, how can you treat it? How can you get rid of it?

It depends on why you have it. For example, if it’s simply from poor oral hygiene and the gums are inflamed due to plaque buildup, you’ll often notice red bleeding gums. Oftentimes a professional cleaning at your dentist’s office and improvements in your home care (brushing and flossing) can help reduce the inflammation. It can actually get rid of your gummy smile.

However, if the gums are overgrown due to taking certain medications, such as anti-seizure drugs, immunosuppressants, or calcium channel blockers, you’ll need to either talk with your doctor or find a different medication to take in place of the current one you’re taking. Sometimes that can resolve the issue. However, sometimes that’s not an option. If there’s no alternative medication and you need to take it, then you got to take it in this case. There are procedures that can be done by your dentist or sometimes even a gum specialist called a periodontist.

The three most common treatments are:

If your gingival hyperplasia is not caused by one of the two main causes, there are also some systemic conditions that could be to blame as well. Such as pregnancy hormonal imbalances, HIV, diabetes, anemia, Crohn’s disease, and vitamin deficiencies. In the case of all of these conditions, once it is treated then the gums generally shrink back down and improve on their own. A good example of this is pregnancy gingivitis. They had gingival enlargement during the pregnancy. Right after the delivery, the gums will often shrink and look healthy and normal again.

So in all, if you are concerned about the appearance of your gums, if you are unhappy with the appearance, you can always schedule an appointment with your dentist and they will evaluate and determine the cause of gingival enlargement. Then they will help to plan out the best treatment options for your individual mouth.